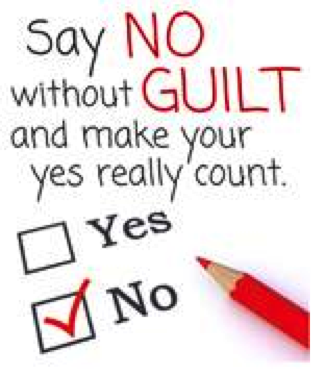 You’ve heard it said that the path to failure is paved with good intentions. Commitment and enthusiasm certainly inspire others and can create a culture of high engagement. But after listening to words, people look for concrete actions and follow through before truly trusting others and becoming fully engaged in the cause. I realize there are exceptions, but I would like to believe that most people have great intentions and truly mean to follow up with those things they speak about or commit to. But others cannot see intentions…they only see action and behavior.

So even with the best intentions, we run the risk of losing our influence and driving dis-engagement if we over-commit and are unable to follow through with those commitments. One attribute of effective leadership is doing what we say we are going to do, and that can only happen when we know when to say yes and when to say no to avoid over-committing and disappointing others. Completing all commitments half-heartedly or ineffectively is much worse than completing a limited number with a high degree of effectiveness and with great outcomes.

Now I realize that often, with both good intentions and a commitment to follow through on our “yes’s”, things happen that make it difficult to deliver. So let me separate those commitments that are totally in our control and those that are not.

For those things within our control, like a promise to introduce someone to a colleague or to review a presentation, there are few acceptable excuses for not honoring the commitment. And even with these few acceptable excuses like illness or an emergency of some type, effective leadership demands that we continue to honor that commitment, even if the timing slips. However there are other commitments that could be influenced by external factors beyond our control. Effective leaders are careful about saying an unconditional “yes” to things that we know we do not totally control. It’s often necessary to qualify a yes. An example might be committing to a luncheon meeting, as long as we’re not suddenly called away to attend a planned conference.

So what does an effective leader do when he/she first becomes aware that a commitment will be missed? This is where effective communications is critical. Admittedly, there are times when things happen that cause a leader to miss a commitment. But once that becomes obvious, the key is to communicate immediately to reschedule, or modify the specifics of the commitment itself. When I ran the KitchenAid Brand, we were working on a new product introduction and there was a project plan associated with that introduction with specific deliverables. I remember an employee coming into my office on the day something was due to tell me that he was going to miss the deadline. There were legitimate reasons for not delivering on time, but the problem was that there was no communication until the deadline had passed, leaving few options to recover and get back on schedule.

Leadership is not a popularity contest and as such, effective leaders do not say yes just to please others. They know when to say yes and when to say no and what to do when they are going to miss a commitment. If everyone in an organization practices this skill, it will be one step closer to operating in a culture of high engagement.