Posted by Allan Steinmetz on 25 February 2016 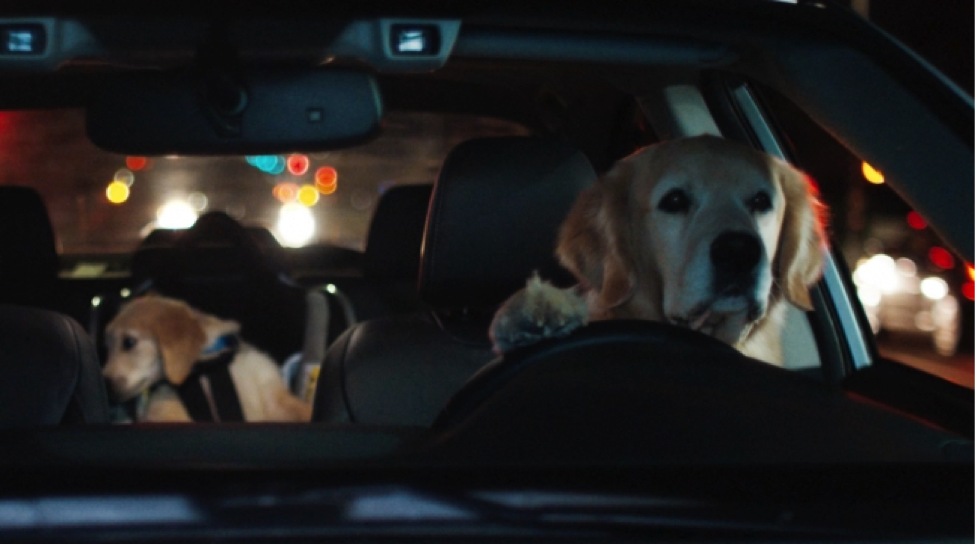 Kudos To Subaru For Their Barkley Dog Spots

I was casually watching TV last night and unexpectedly a commercial popped up for Subaru. The spot caught my attention immediately because the car was being driven, late at night, by a Golden retriever. In the backseat was a puppy who was in a car seat and was restless and agitated. Over a period of a few seconds you see the puppy in the backseat doze off and fall asleep.  The dog driver constantly checking on the puppy to his rearview mirror. No copy. Just soft music as you see the car pull up in a driveway with the puppy sound asleep in the backseat. As the Golden retriever driver opens the driver side door the lights and the bells go off, wakes up the puppy to whimpers, the driver starts up the engine puts the car in reverse and you see the Subaru backing up to continue the drive and help his puppy fall asleep. Next you see an overlay that says, “Dog tested. Dog approved. Subaru.”

I recall seeing the campaign when Subaru introduced the “Barkley” family in 2013, but I’ll admit that this newly refreshed 2016 spot particularly caught my eye because my wife and I recently brought home a brand-new puppy. Our 11 week old Woodle (cross between a Wheaton soft haired terrier and a poodle) named Oogie looks a lot like the puppy in the backseat. However, the real reason this spot caught my attention was the simplicity and the empathy that Subaru was able to convey in a memorable and compelling fashion.

This month, Subaru of America VP of Marketing Alan Bethke told Adweek. "Since we introduced the lovable Barkleys to the world in 2013, consumers have been patiently waiting for the next round of creative to see where their journey would take them next. With the new 'Dog Tested. Dog Approved' campaign, we hope drivers everywhere will enjoy and relate to the latest escapades of the Barkley family, while seeing a bit of themselves along the way." Personally, I think they achieved their goal. This communication with dog owners is backed by compelling research that shows that 50% of Subaru owners own dogs, and that this number grew by 49% from 2008 to 2013. More importantly, it relates to every parent of the newborn child who has experienced the same phenomena of soothing your child to a restful blissful sleep while driving in the back seat of your car.

As I have suggested in the past it is very important that creativity is centered on a strategic idea, a leverageable competitive opportunity and a manifesto which positioned the company as a brand that people could believe and trust in. Subaru has achieved this successfully in this series of spots. Kudos to Subaru and their advertising agency Carmichael and Lynch. Take a look at the spot for yourselves. https://youtu.be/qGkDqfdgVEQ. And here’s a picture of our puppy, Oogie. Isn’t he cute? 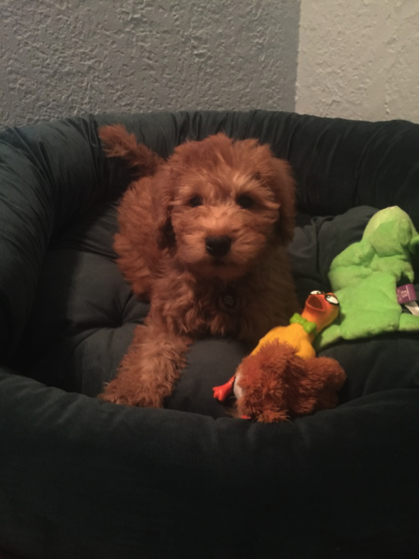